After receiving some needs maintenance logs on a couple of our caches recently and seeing that the weather was starting to improve, we decided it was time to head over to Aldenham and do a maintenance run.

It has been almost 4 years since we put the Wall Hall caches out and we have had very little cause to revisit them other than for general cleaning, drying and log replacements. Having said that though, we never see having to return to the series as a chore as we always enjoy the chance to walk the route through the pretty surroundings, and this is just about one of the nicest times of year to do it, with spring most definitely springing.

Looking back at our previous maintenance logs I was astounded to find that without actually intending it, it always seems to be this time of year that we revisit the caches. For the last three years we have ventured out armed with fresh logs and kitchen roll in either April or May every time.

It was interesting to note how much things have changed in 4 years and this was brought home to us at the first cache in the series where the hole in the tree where we had hidden the original cache was very much different. Part of the root system of the tree seems to have collapsed and I wasn’t even sure we found the original hole, but instead found a beauty of an alternative that seemed to go much further back into the innards of the trunk than I ever remember. The original container had gone walkies, so we put a new one there, this one was a birthday present from a friend and had been fashioned from a small screw lid pot and had a friendly rubber worm affixed to its outside. Just perfect for the hole.

It took us a while to find number 2, as it always does, and not least because the bush has definitely become somewhat more Bushey than it used to be when we placed the cache. We actually found the container half buried in the ground and after a thorough clean we hid it a bit better and covered it over with some stick-o-flauge.

Another replacement at number 3 which is a pole cache with the container suspended on a line inside it. This is the third time we have put a new container here and I imagine there are now 2 caches lodged at the bottom of the hollow pole now. This time I used some heavy duty elasticated cord rather than fishing line which just didn’t seem to stand up to the abuse. Hopefully this one will last longer.

We strolled through the tiny cluster of houses that makes up Wall Hall and checked on number 4 and 5 which were pretty much ok. As too, was number 6 which ran along the wide footpath that ran alongside the river Colne. Number 7 we found in a tree which was interesting as we had hidden it on the floor near the base of the tree, but on reflection we agreed that four years on there was enough ivy growth to support the concealment of it in the branches and so after checking it out we put it back in its new hiding place.

Then we made our way into Berrygrove woods, arguably the prettiest part of the walk and the location of 4 of the caches in the series. A few new log sheets and a bit of wiping out was all it took to bring them back up to tip top condition, and a bit of a lubrication at number 10 eased the progress of the tape measure retrieval mechanism. I am still surprised that the tape measure cache has survived the weather as well as it has and even though this is the second mechanism after the first one failed pretty quickly after being hidden, this one has lasted through the best part of 3 winters so far with no more than a bit of 3-in-1 oil every so often. The fact that it has 103 favourite points certainly makes it worth the effort to keep it maintained as it is clear that cachers appreciate the “something different” nature of the hide.

The last in the series, number 12, was also found in excellent condition, a testament to the fact that ASDA hot chocolate pots make pretty dam good cache containers at little more than the cost of just buying an empty pot, and there was the added bonus that I was finally able to drop of a travel bug that I have had for 9 months and haven’t found a big enough cache to drop it off so far. 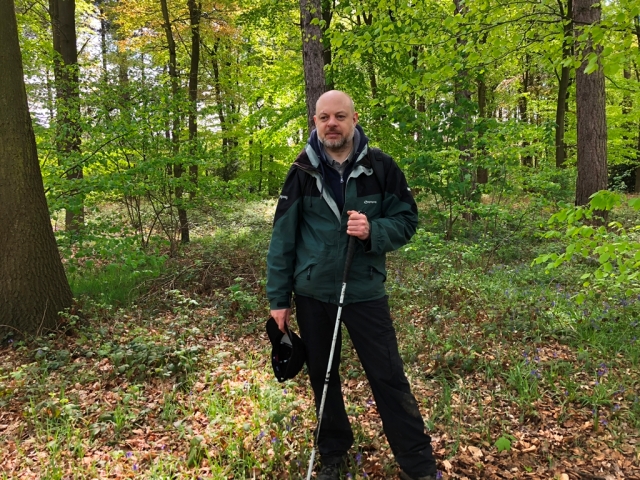 There is a lovely feeling of satisfaction after walking your own series and then returning home to post owner maintenance logs on them all, knowing that all is ready for future cachers to enjoy. The walk was most appreciated too and reminded me of how much I enjoy our caching walks and I have resolved to get back to planning some more days out for us soon.